With Valentine's Day only a month away I figured I had better get to gettin' if I was going to do any crafts for the holiday.  With so many things going on in my head, focusing on one thing at a time is a challenge, but I got this done, and I couldn't be happier with the outcome! 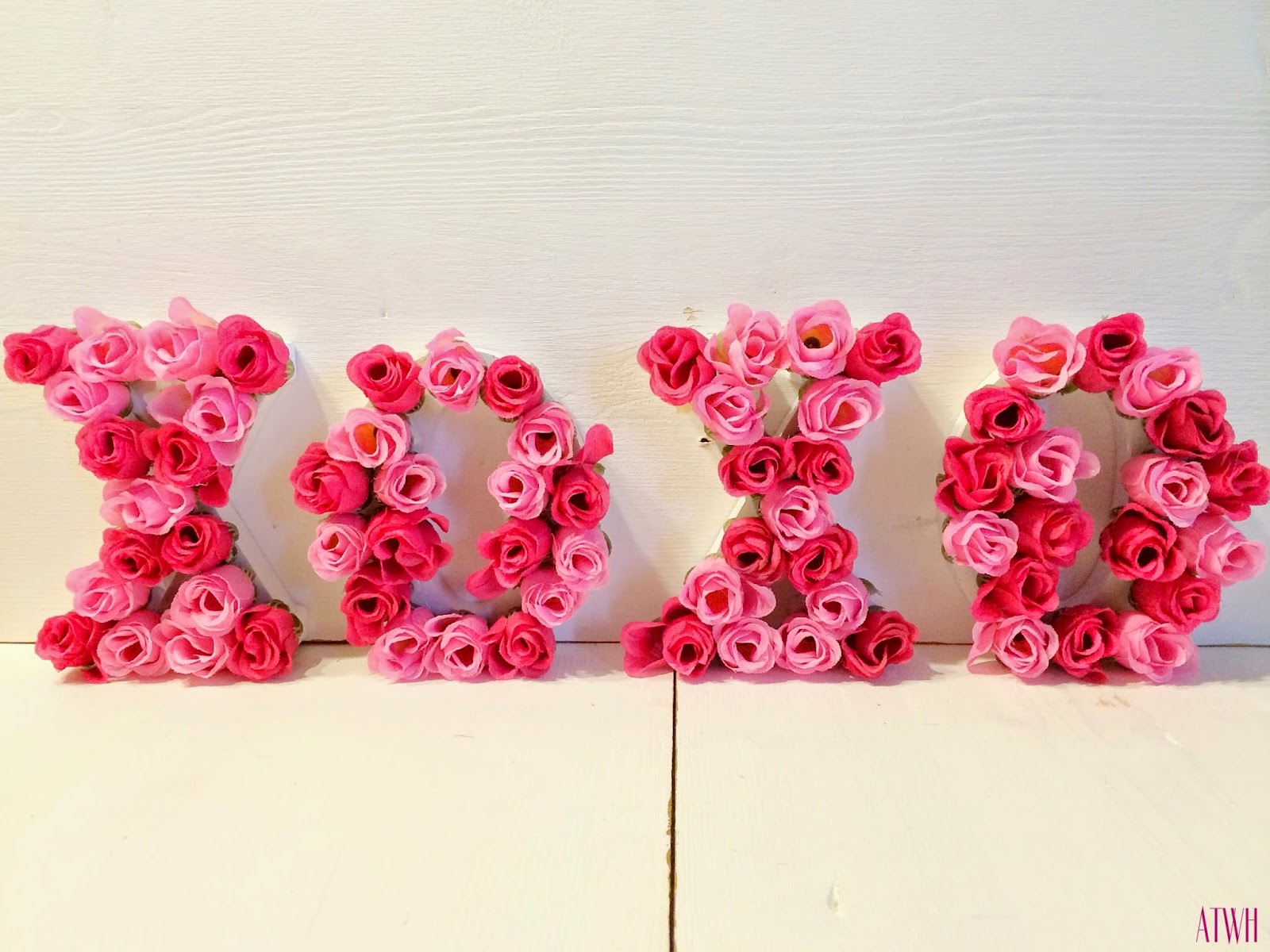 I found a pin on Pinterest a while back that is the inspiration for this project.  The pin featured an Etsy add that showed a letter covered in flowers.  I knew I would want to attempt my own version one day, and today was the day! 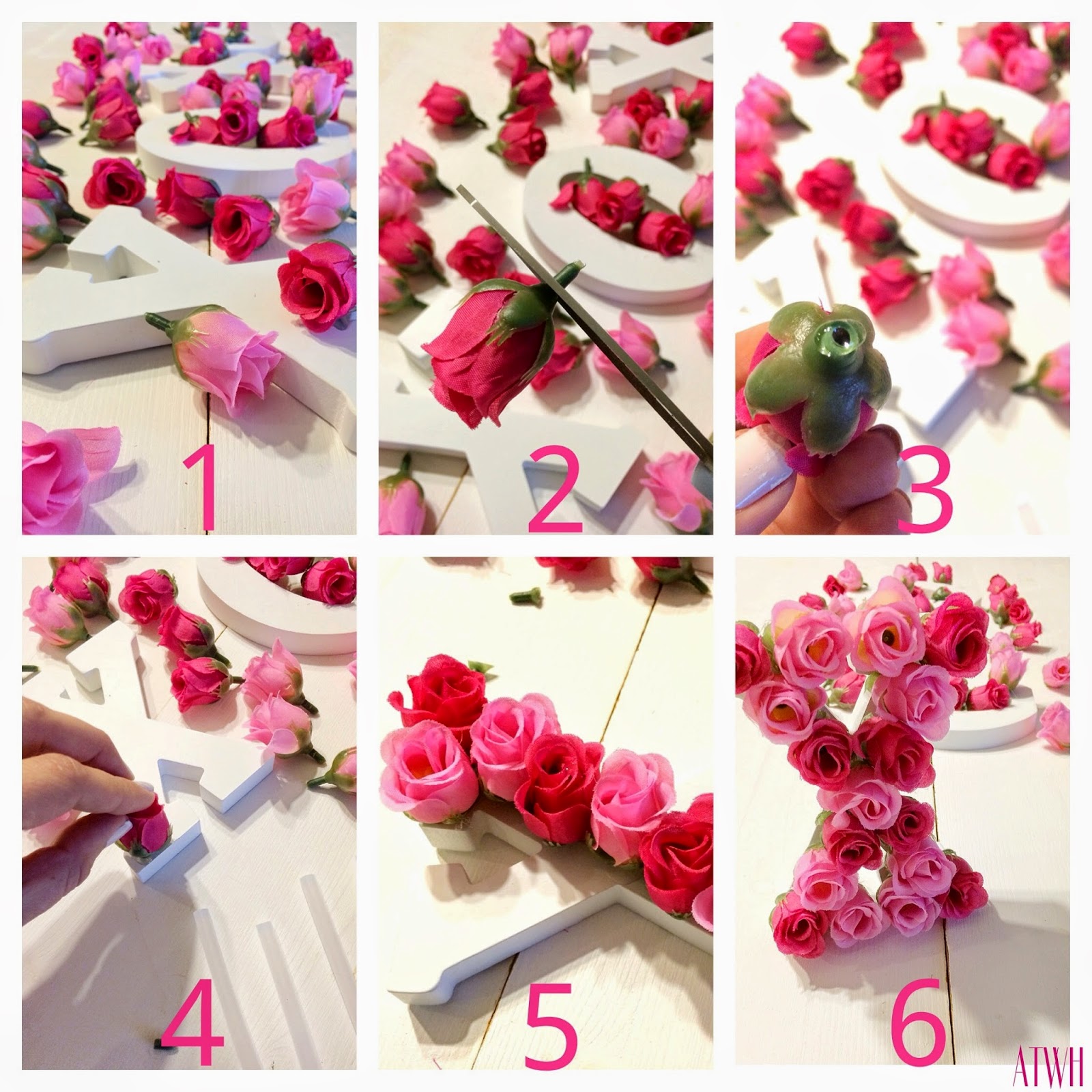 As show in figure one, gather your supplies.  For this craft you will need some sort of adhesive, I chose to use a glue gun, as well as scissors.  You will also need flowers of your choice, and letters.   I found these cute little faux roses from the Ashland Spring Bushes line, at Michael's.  They were the perfect size to fit the letters, since the letters are small.  I chose two different colors of roses to make it pop, but I'm sure it would turn out just as pretty if you chose a monochromatic look.  As the name states, they came in a small bush, so I pulled each rose off the stems to prepare them for step two.  As for the letters, I chose two X'  and two O's since this is a Valentine's Day craft, but you could choose any letter, such as your initials, and keep it out year round.  If you'd like to find the letters I'm using here, the brand is ArtMinds, also found at Michael's.
In step two I am showing where you should cut the rose bud to allow the flower to sit flush to the letter.  One extra step not show is to add a dab of glue to the actual flowers, to adhere them to the bud's base.  Some of the flowers didn't require this process, but I thought I'd throw that in just in case you run across it.
In step three I added a small glob of glue to the bottom of the flower.
Step four shows how I placed the flower on the letter.  I wanted them to stick strait up, but you can choose any which way your heart desires for this step.
Step five shows the pattern I used.  I chose to alternate the colors, and luckily for the "X" I managed to keep it symmetrical.  I didn't have as much luck with one of the "O's", but that was probably just an alignment error on my part.
And in step six, you get to sit back and admire your work!

I plan to place these on the mantel when February rolls around, but they could be cute year round if you like  whimsical décor.  I also think they would look great hanging somewhere.  Adding twine or ribbon to the letters to achieve that shouldn't be too hard, I think.

I hope you enjoyed this tutorial, and would love to get your feedback.  Also, if you happen to complete this craft on your own, please stop by and let me know, or tag me on Instagram (@IrisNacole) to show me.  I'd absolutely love to see your work!

Thanks for stopping by!