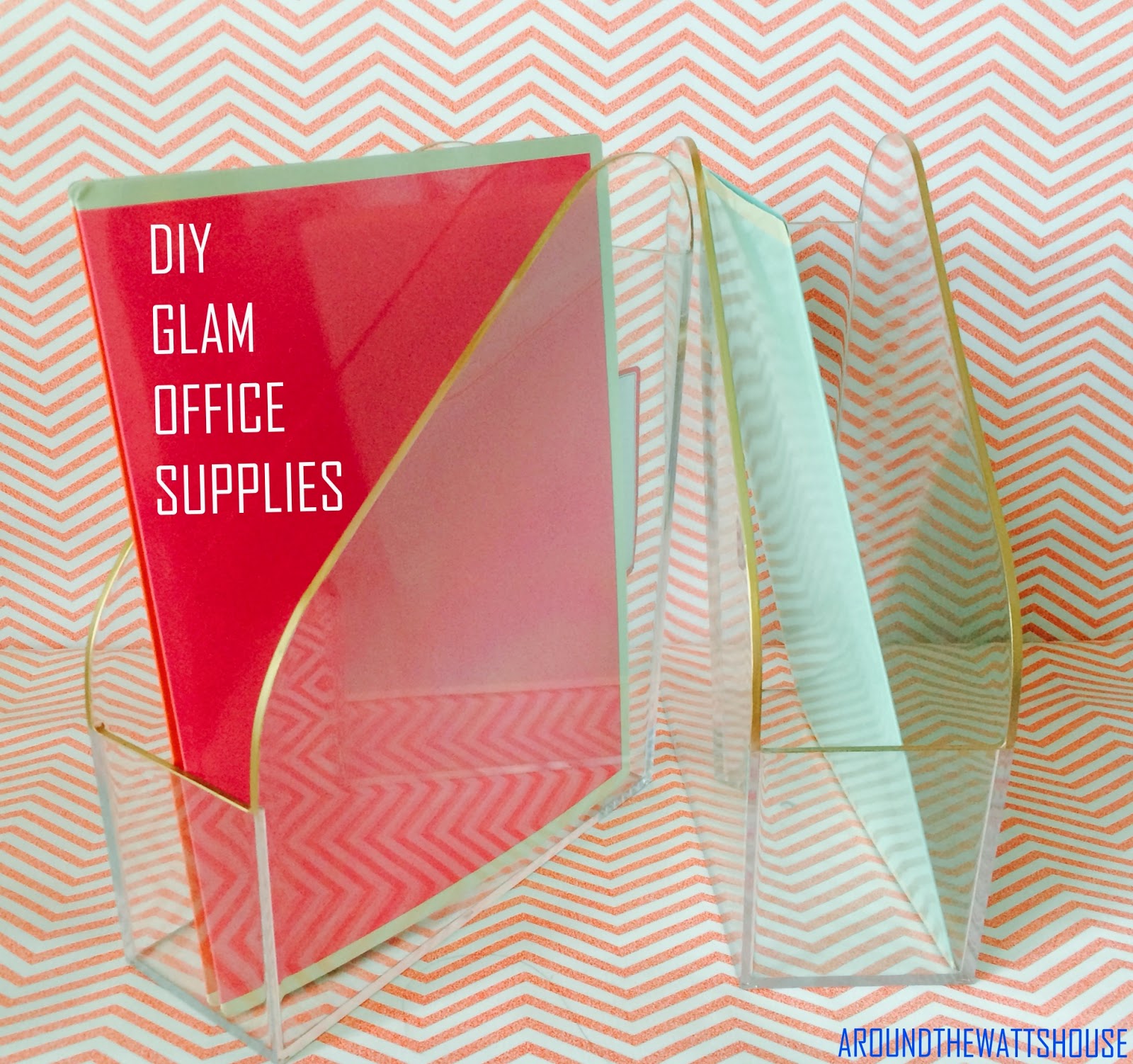 Hello!  Today I'm sharing a little project I finished this morning.  Since the entertainment center is almost done, I have been attempting to style to shelves, and at one point thought I'd like to have a magazine holder on one of them.  Since I was going to Target to purchase other things for the house I figured I'd stop by the office supplies and see what they have to offer.  I was planning on purchasing the Threshold Rustic Wire Magazine Holder, seen below, but once I was walking down the aisle I saw the clear plastic magazine holder, and quickly chose those over the Threshold holder.  It was an easy choice for two reasons.  One, it was half the price of the Threshold holder, and two, I knew I could figure something out to glam them up a bit.

I ended up purchasing two of the clear plastic holders.  I figured I'd probably need two, and I've found that if I don't get what I need originally, I'm probably not going to get the chance to get another one.  I assume stock moves fast in this area.
﻿ 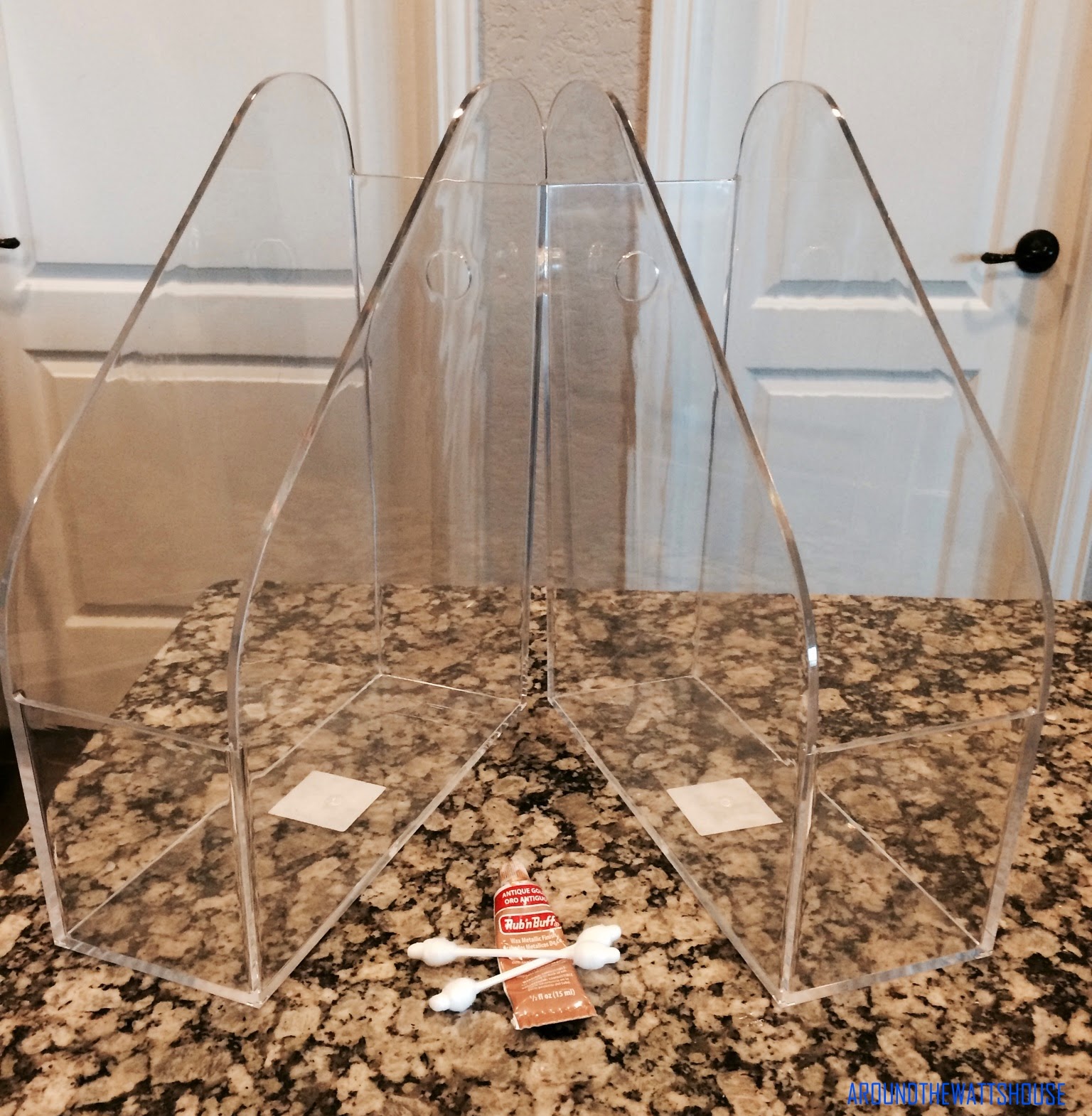 While shopping around I came up with a plan.  I have this tube of Run-N-Buff in Antique Gold that I have been using for other projects around the house.  I liked the idea of just adding the gold to the outer rim of the holder.  I've had success using a cotton swab to apply the Rub-N-Buff on other items, so I planned to do that for this one to save my fingers from being painted.  Well, that worked but I didn't get the coverage I was looking for, so I started to use my finger.  So for this, I guess it is all up to what you prefer. 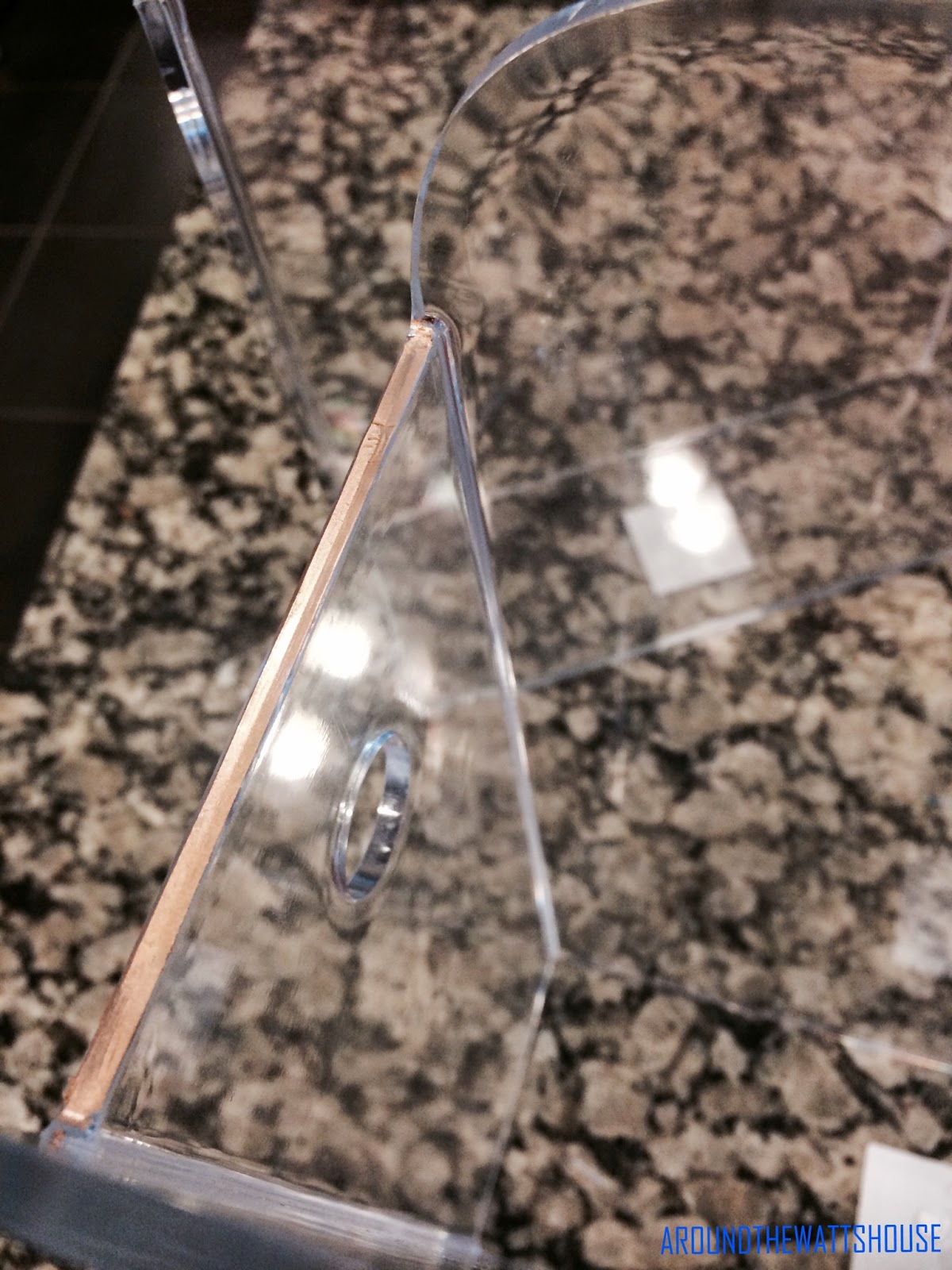 I completed both in about 10 min.  I was careful to wipe off any excess, and smudges that I caused using my fingers.  A simple paper towel, and some elbow grease did the trick, and I had a cleaned up look.  So here is the final outcome. 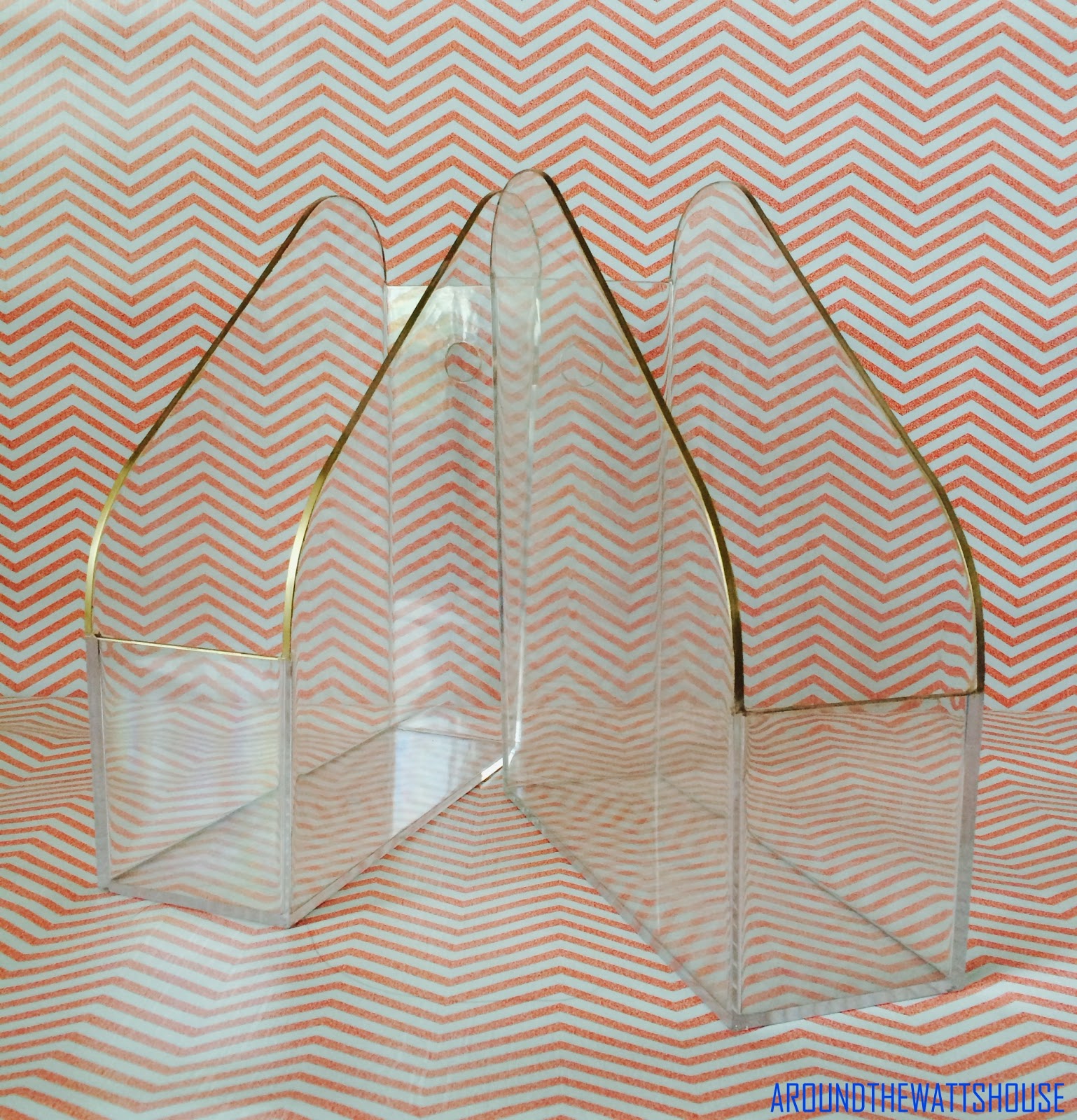 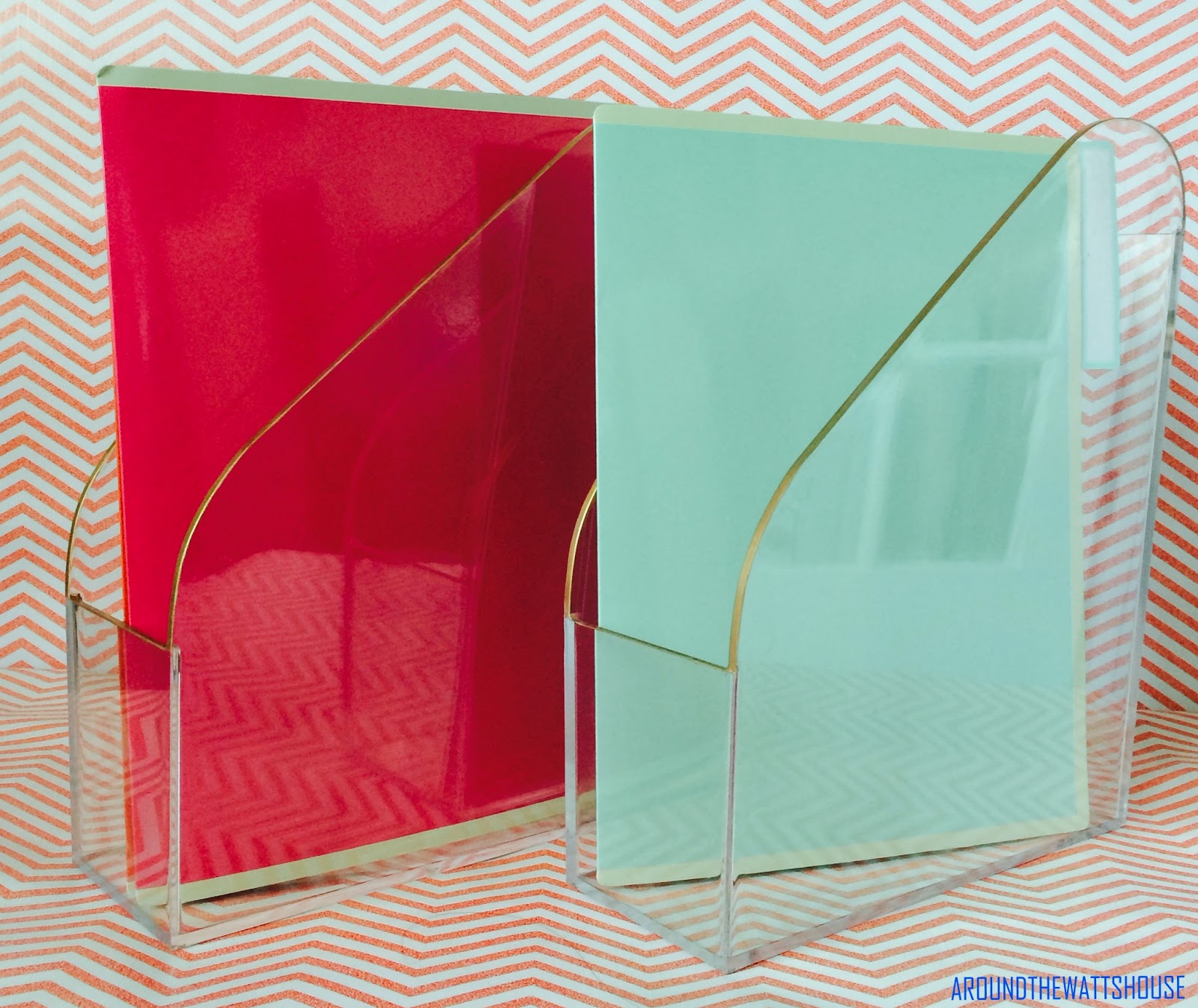 I attempted to find the holders online, so that I could share the link with you, but I wasn't able to.  I say, if this interests you, run to your local Target, or office supply store and see if they have some.  It's a fun project, and the result looks much more expensive than it actually is.  Since the office is going to be getting a bit of a face lift soon, these may end up in the office as opposed to the original plan of having them on the entertainment center.  We will see.  I'm just excited with how nice they look, and how easy it was.  I just might have to glam up some other existing office supplies in the near future!
Thanks for stopping by!