Calming the Chaos-A Quick Way to Fool the Eyes 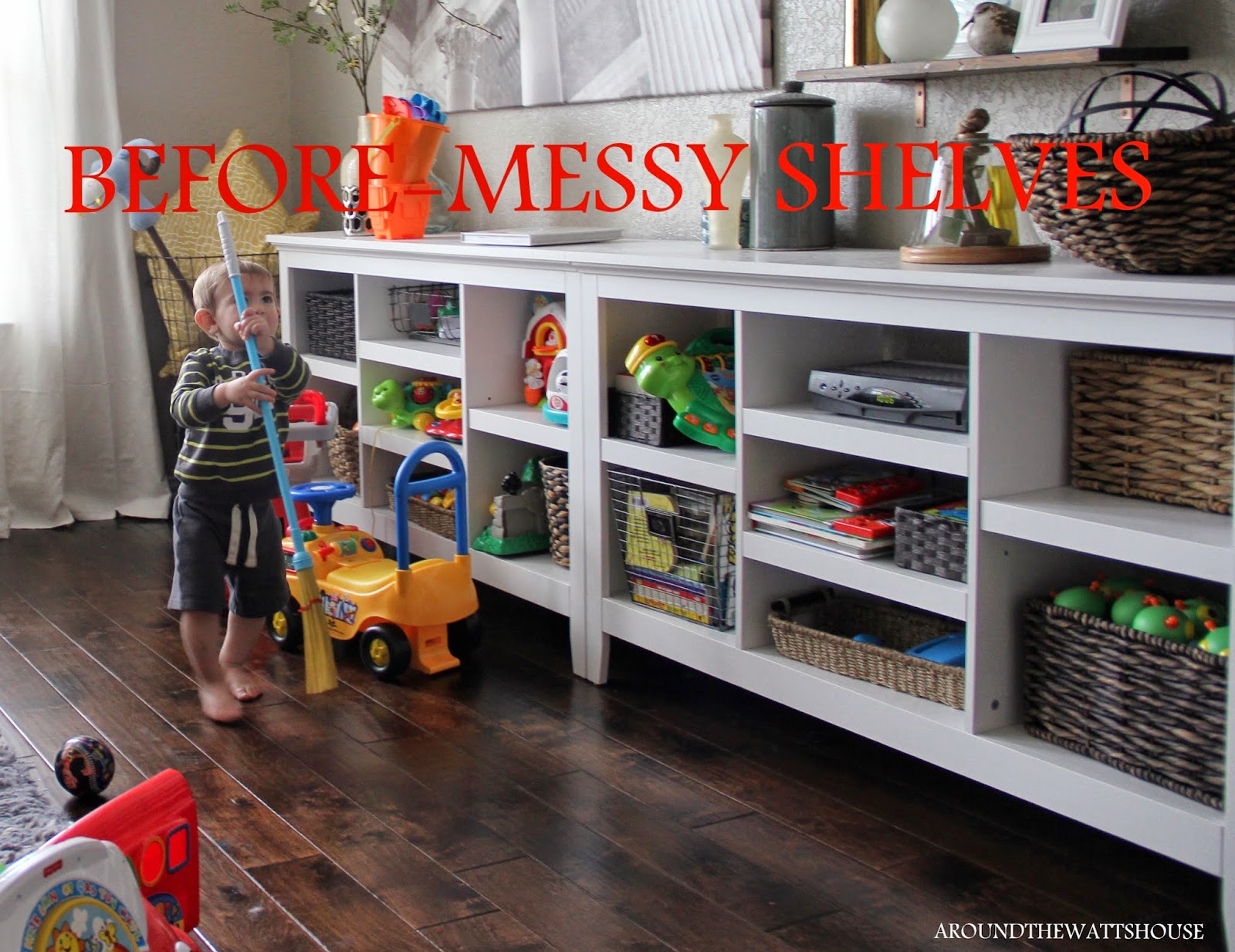 See the mess in the bookcases?  Books and toys everywhere?  This is how my living room usually looked, up until this morning that is.  Since we have the entertainment center up in the entertainment room, as well as starting to work on the playroom upstairs, I have been toying with the idea replacing these white bookcases.  They cause me a lot of aggravation because of the mess that is inside of them.  I have a couple of problems with that plan though.  One, we just bought these in January, and two, I actually like the storage, although I hope to have less need for it down here once the playroom is done.  Seriously though, with a toddler, I doubt that will happen.  Well last night my mind was racing with ideas for the house, as usual, and for some reason, as if it slapped me in the face, the idea came to me!  Duh!  I should move as much of the kiddy stuff to the left bookcase, and leave my baskets in the right.  That should clean it up a bit!  I was pretty sleepy, so instead of jumping out of bed to do it, I actually waited till this morning.  John, I know what you're thinking.  "Crazy!"  Crazy because I waited I mean.  All I did was move the books to the left bookcase, and bring over the baskets that were in their place to the right bookcase.  Easy shmeezy!  So without further ado, here it is. 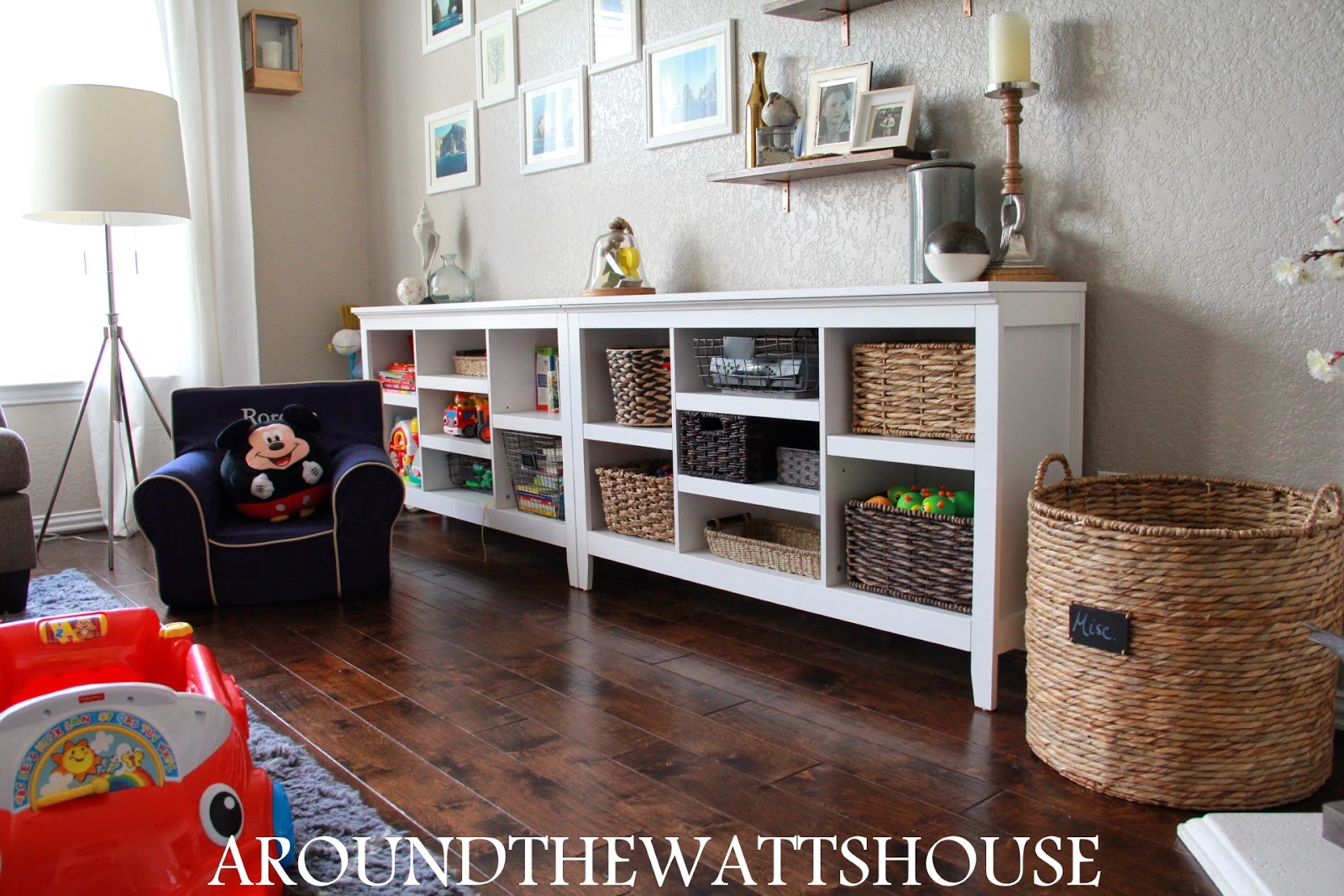 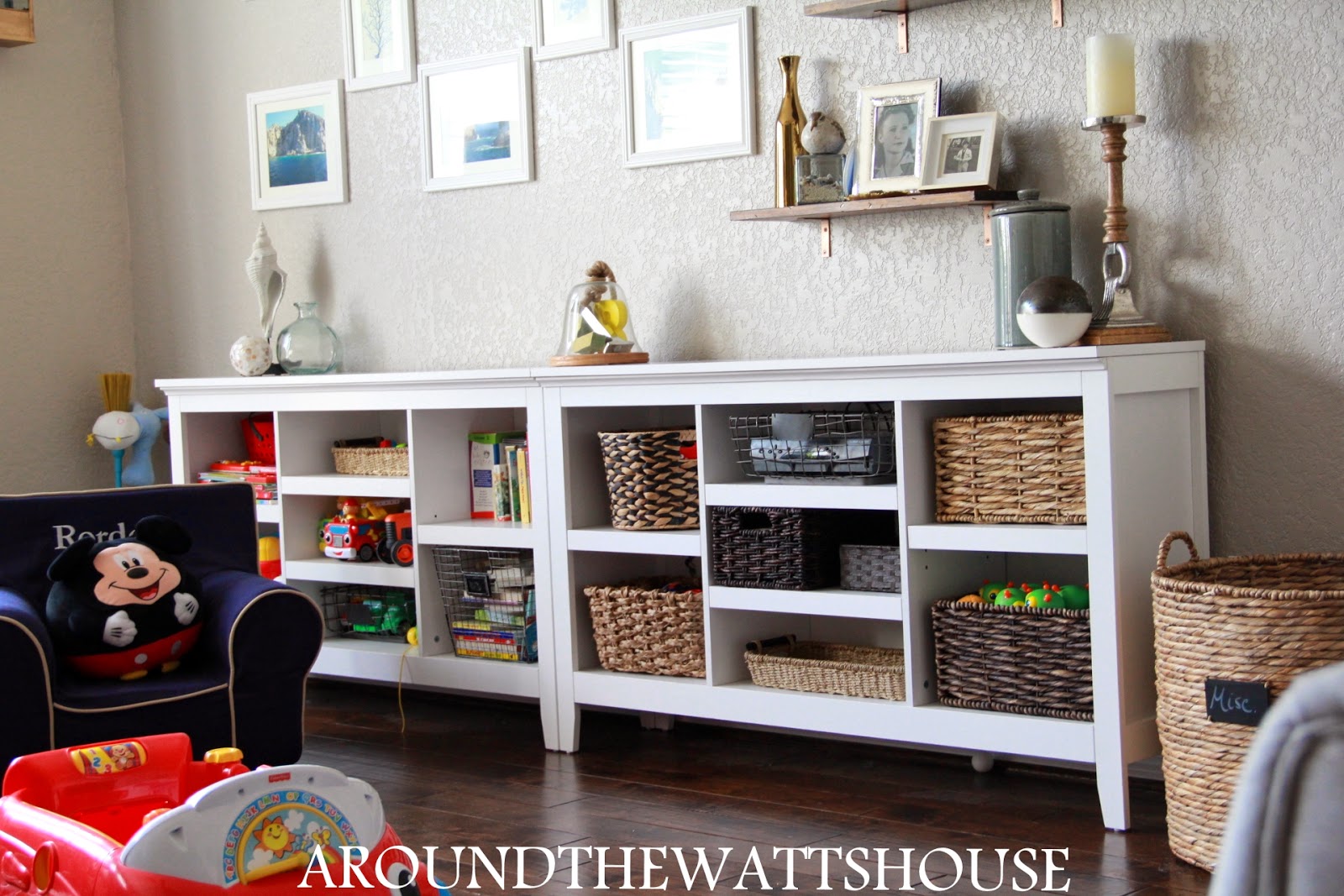 Looks much better, right?  It's not a huge difference, but it's amazing how much better it feels to me.  With all of the toys being strewn around the room most of the day, that extra clutter to the eyes just drove me crazy.  I feel a bit of peace, and calm now that it's done.  My next plan is to move the DIY Shelves over to sit in the middle of the wall.  Come to think of it, I should do a tutorial on how to make them one day.  They were really easy and they turned out better than I expected.  Really, they are another reason I'm hesitant to change over to a taller bookcase.  I just like them so much, and I'm very proud that I made them myself.  Okay back to the plan.  I also want to flank the shelves with a picture on each side.  I think that will bring a sense of calm to the wall as well.  I plan to do that with the change of season, so you'll see that here then.  Thanks for stoping by!